“…Don’t Take it Personally, and Have Some Wine!”

Posted by Stephen Graveman on May 3, 2012 in Marketing, Public Relations, Social Media 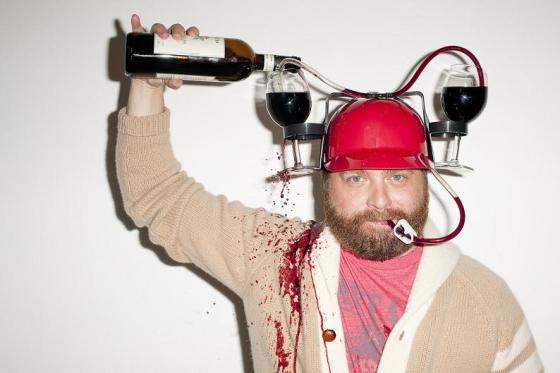 “…just shake it off, don’t take it personally, and have some wine!”

That was the  tip given to me by a social media manager, and long time friend, Tiffany. A few hours earlier, Tiffany had encountered her first major social media crisis, and I naturally couldn’t help but quiz her on it after it was all over.  Without getting into the details, a customer  was upset about a certain policy that Tiffany’s company had in place, and took to Twitter to air her disgust.  Within minutes, other people had latched onto the same issue, and the company’s Twitter feed was quickly being filled with complaints. It was a social media manager’s worst nightmare. Even worse, it was over an internal company policy- something that’s not easy to instantly change when you work for a large corporation.

Thankfully, Tiffany handled it delicately and professionally.  By the time the dust had settled, the initial customers who were upset were sated, and everything went back to normal.  It was almost as if nothing happened.  I couldn’t help but send Tiffany an instant message to talk to her about it, and we started to discuss how quickly things can get ugly in an anonymous public space. I noted that there was a few people who were obviously just hanging around, stoking the flames of the argument.  And that’s when Tiffany gave me the afore-mentioned advice.

And it is great advice- how often do we take these kind of things personally? In social media, things can quickly turn into a mob mentality. How many times have we seen a company launch a Twitter hashtag specifically for their promotion, only to see it hijacked and go down in flames by disgruntled customers? Even worse, Twitter’s greatest boon, anonymity, can easily empower people who just want to cause a little chaos.  Looking at Tiffany’s case, among other social media crisis cases, I think t’s important to retain three things:

Composure: Probably one of the hardest things for people to do in these situations is to keep a level head.  If you do the marketing for a company, it’s hard not to take every complaint as a personal attack. However, professionalism is the key to a successful outcome.  I once worked in retail sales, and had a manager who gave me a great piece of advice- “Sometimes, people just want to complain and be heard”.  No matter how angry they are, or whether or not they’re right, there will be customers who just want their complaint to be heard.  It can sometimes be as simple as that- it may be an issue that can no longer be resolved, or an issue that they want resolved. Remaining calm, working to come to a resolution, and listening to the problem can keep a lot of conflicts from spiraling out of control.

A Personal Touch: Just as important as keeping your composure, maintaining a “voice” ( or a personal touch), seems to be incredibly important. I’ve seen countless companies respond to a public complaint with boring legalese and robot speak. In Tiffany’s case, she spoke one-on-one to the disgruntled customers, even complimenting one of them on their clever Twitter handle ( which was related to the issue at hand). Capping her Tweets with a calm, laid back, and clever hashtag, Tiffany sounded like a human being who actually cared.

Punctuality:  It sounds silly, but I’ve seen a few cases of companies not responding to a social media crisis immediately.  It can take them half a day to notice, and by the time they do, the firestorm has spread out of control.  Successful social media consultants and managers know that they need to be keeping tabs on what’s being said about the company, and ready to jump in at a moment’s notice.  While you can’t plan for everything, I think it’s important to have possible crisis communications plans in place. This forward thinking prevents being caught off guard. In Tiffany’s case, she had it covered almost immediately.

The best thing about the advice ( besides encouraging a glass of wine) is that it can apply to any profession or crisis. An angry customer in social media, being rejected for a marketing campaign, or losing a public relations or sales client. The next time any of these happen, just remember: “Don’t take it personally, and have some wine”!

← What Should Skittles Do: The Case of Unwanted Free PR
Whoo-hoo! I’ve graduated!! ….Now what? →

One comment on ““…Don’t Take it Personally, and Have Some Wine!””